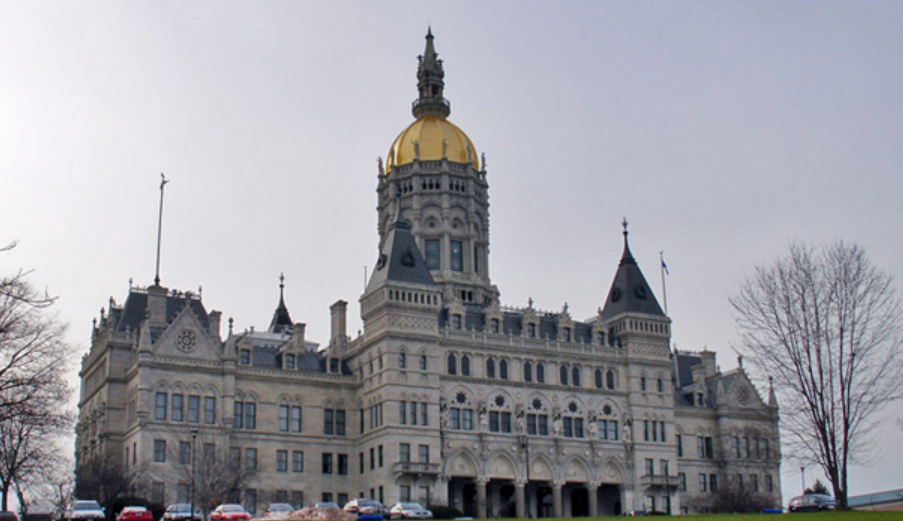 May 2013 – The Connecticut Retail Merchants Association (CRMA) today stated their opposition to pending legislation that would mandate the labeling of foods that contain genetically engineered ingredients in Connecticut.

“Forcing a labeling requirement will put Connecticut merchants on an island in relation to neighboring state competitors and the rest of the country,” said Timothy Phelan, President of the CRMA.  “If Connecticut becomes the only state in the nation to require labeling our Legislature is putting local retailers at a competitive disadvantage.”Phelan pointed out that labeling requirements place an undue burden on retailers and the customers they serve, making store owners the watchdogs of every label on thousands of products on their store shelves.  “If the Legislature passes these labeling bills it will send a message that Connecticut is unfriendly to business,” said Phelan.  “We’re doing just fine without labeling and those consumers who voluntarily choose to eat only organic products have plenty of options, so why would we mandate this costly measure?”

The Connecticut Retail Merchants Association has been representing retailers at the State Capitol and in the marketplace since 1910. It is the only statewide business group that represents retailers and only retailers.

“Agricultural products have been “genetically modified,” in terms of selective breeding, since prehistoric times. But for the past 20 years, scientists have been able to mechanically transplant genes to achieve the results they want.

Since then, there have been no credible scientific studies showing that genetically modified crops pose any more risk than conventional ones. The American Medical Association says there is no evidence that GMOs pose unique health risks.

Supermarket chains claim that adding another labeling requirement will make food cost more, with no apparent benefit. They have a stake in the matter, but they also have a point.”

The recent call for labeling of foods containing genetically engineered ingredients — especially on a state-by-state basis as in Connecticut — is unnecessary, unrealistic and uninformed.

As someone who grew up and attended college in Connecticut, I particularly appreciate the state’s farmland preservation program and the thriving local agriculture, which is being encouraged and protected. And as a pediatrician I know the weight new parents place on every decision affecting their children — from infancy to young adult. I have made it my life’s work to help guide parents through these challenges. This work, however, has been made even more complicated by the barrage of messages, information and misinformation that we all encounter daily. What is most important is to help parents separate myth from fact, and recognize when emotion has trumped hard science.

That is exactly what is at the core of a debate currently playing out in Connecticut over foods produced through biotechnology, also known as genetic engineering or genetic modification. A bill before the General Assembly would require labeling of genetically engineered food.

For more than 15 years, the majority of packaged foods and beverages consumed in the U.S. and dozens of other countries has contained some ingredient that was developed through the use of biotechnology. Biotechnological advances have included improved resistance to plant diseases and reduced reliance on pesticides, resulting in safer, more nutritious food that is able to sustain the growing demands of our world and has helped to protect the environment at the same time. Biotech ingredients are grown by Connecticut farmers, and foods containing biotech ingredients are sold in local stores for local consumption.

Foods enhanced through biotechnology have been extensively studied by scientists in this country and around the globe. The federal Food and Drug Administration has deemed genetically engineered foods safe for infants, children and adults. The FDA recently that all ingredients derived from FDA-approved biotechnology are the same in composition, nutritional value and quality as non-biotechnology derived ingredients. The agency went further by stating that plants with biotech ingredients are no more likely to cause an allergic or harmful reaction than foods from traditionally bred plants.

The Environmental Protection Agency and the U.S. Department of Agriculture continually work to ensure that there are no ongoing environmental or human health concerns resulting from improving agriculture with the use of biotechnology. Independent expert organizations — including the American Medical Association and the World Health Organization — agree these foods are safe for human consumption – from infants to adults.

Unfortunately, there are some people in Connecticut who prefer to ignore the enormous body of scientific literature in favor of rhetoric and scare tactics in an attempt to force unnecessary and potentially confusing labeling of foods containing biotech ingredients. These individuals seek to play on fear and emotion to convince legislators and the public that biotech foods are harmful, despite overwhelming scientifically derived evidence to the contrary.

Federal agencies such as the FDA, which are experts on issues surrounding labeling, have stated that, because foods derived with biotechnology are no different than any other food, labeling of foods derived by biotech is unwarranted. The FDA does support labeling of some ingredients of foods, such as gluten, for consumers who wish to avoid such foods. This is completely unrelated to whether those foods are produced using modern biotechnology. Consumers can also buy products certified organic, which do not contain biotech ingredients, should they wish to do so.

Foods made with ingredients developed from agricultural biotechnology have been consumed by literally billions of people worldwide for more than 15 years, and there has not been a single documented health problem related to these foods.

Forced labeling would only serve to give false credibility to misinformation, discourage people from eating foods that are perfectly safe and cause havoc in our food supply. Lawmakers in Connecticut need to focus on the facts, stand up against the scare tactics and vote against forced labeling.

Ronald Kleinman, M.D., is chief of the Department of Pediatrics at Massachusetts General Hospital and physician-in-chief at MassGeneral Hospital for Children. He is a consultant for profit and not-for-profit organizations in the food industry.

Our View: GMO labeling is better if voluntary

The Legislature’s Public Health Committee this week gave favorable approval to a measure that would require labeling of all food products containing genetically modified organisms (GMO) — products where the genetic makeup has been altered through genetic engineering.

On the surface, it sounds like a no-brainer.   Who wouldn’t want to know what we’re eating?

Stan Sorkin, president of the Connecticut Food Association, contends that if such labeling were necessary — and he and others contend it isn’t — that such a mandate should be issued by the Federal Food and Drug Administration on a national scale, not piecemeal by individual states.

The FDA, however, has denied requests to mandate GMO labeling, saying there is no evidence of the GMO products being unsafe. If there is no public threat, then clearly there is no need for the mandate. But where also is the harm in labeling it as such?
Sorkin is correct in that Connecticut’s large supermarkets, small groceries and other food-related businesses would be unfairly and unnecessarily harmed with higher costs of doing business if such mandates were applied only to them.

Paul Pescatello, president and CEO of Connecticut United for Research Excellence (CURE), also contends that labeling GMO sends the wrong message to the very bio-science industry that Connecticut is hoping to attract to the state. Labeling, he contends, unfairly implies to the public that there is something to be concerned about when if fact there is overwhelming scientific evidence proving otherwise.

Unfortunately, in today’s society, mistrust of government and corporate America is the bigger threat than any genetically altered product. Such staunch opposition to labeling only feeds into that distrust.

Capitalizing on the scientific evidence, and voluntary labeling, would seem the more appropriate course of action.

In Featured
GMO Labeling
GMO’s and The Environment
Portfolio

“For years, British environmental activist Mark Lynas destroyed genetically modified food (GMO) crops in what he calls a successful campaign to force the business of agriculture to be more holistic and ecological in its practices…

Earlier this month he went in front of the world to reverse his position on GMOs.

At the Oxford Farming Conference in Britain, Lynas apologized for helping “to start the anti-GMO movement” and told his former allies to “get out of the way, and let the rest of us get on with feeding the world sustainably.””